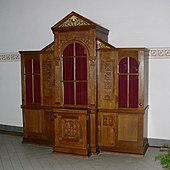 Two of the most difficult hurdles I had to overcome in my recovery journey were admitting, and then accepting, the fact that I was an alcoholic.  In my case, it was a three-year odyssey that ushered me through a maze of novel experiences, confusion, and a few subtle awakenings before I understood the difference.

Like most of us in recovery, I have one of those minds that incessantly craves answers.  And I seldom rest until I get them.  Back in early sobriety, every question mark became a signpost pointing me in the direction of yet another mission.  What, I pondered, was the difference between admitting and accepting my disease?  The mystery loomed heavy in my mind as well as in my heart.  It lurked in my angst and gnawed at the tiny bits of serenity that I was managing to accumulate.

When I checked the dictionary and thesaurus for definitions of both, I concurred with everything I found describing admitting:  Acknowledging, confessing, disclosing, declaring, and divulging seemed indisputable.  Every synonym hit the nail on the head.

But as I perused the same reference books for the word acceptance, I was given pause.  A few of the definitions made me uncomfortable. What I found was:

Verb: tolerate or accommodate oneself to.

Neither sat well with what acceptance meant to me.  I have always viewed the word tolerate to have a negative connotation.  It seems to insinuate allowing something offensive to be forced on me.  And then to consider, right, all things that must be accepted, I could never digest.

More palatable were some of the following synonyms:  to consent, yield, undertake, assume, bear and shoulder.

Today, my view of acceptance means absorbing reality, allowing it to enter my very being without resistance, permitting it to become a part of my whole. It means giving up the fight in a tug of war, avoiding those painful rope burns I once wore like a badge of courage.

What does it take for someone to accept those blemishes they consider to be major flaws?

For starters, courage, trust, and risk are required.  And the only way I acquired them was by believing in the process of recovery, putting one foot in front of the other, taking suggestions, and being patient in the interim.

Once I quit questioning everything, my focus could return to what was transpiring on a daily basis.  I was attending meetings, reading my meditations, working the steps with my sponsor, and learning the meaning of fellowship.  And on those days when moving forward meant two steps forward and one step back, I was ok with that.  Time passed, as time does, and before I realized it, I had gathered an arsenal of tools along the way.  And I began to feel better, not only about myself, but about the world in general.

Meeting after meeting, those words” I’m Dallas and I’m an alcoholic,” rolled off my tongue as natural as my morning prayers.  Readily divulged with no qualms because I knew in my heart it was true.  Then one Friday night, on the third- year anniversary of my sobriety date, those words took on an entirely different meaning.  Awestruck, I was powerless to describe what had happened, but I knew I had just experienced some kind of an unexplained phenomenon.

The following morning as I brushed my teeth, I found myself staring in the mirror as unfamiliar words played over and over in my head.  Unable to turn away, my eyes glued on the reflection in the mirror, I began to reiterate a silent addendum that has become my silent mantra:

“I’m Dallas, and I’m an alcoholic; I’m a mother, a grandmother, a dependable employee, a devoted daughter, and an okay child of God.”

The odyssey had finally ended.  The road to acceptance of my disease ran parallel to the path of self-acceptance, warts, and all.  The two were now conjoined at the heart and soul.

I am a recovering alcoholic who celebrated 31 years of continuous sobriety august of 2018. In support of my book Shaking the Family Tree, a double genre memoir/poetry offering that looks at the genetic predisposition for alcoholism from a layman's point of view, I have decided to start a blog. By sharing my own experience, I hope to open the door of recovery for others affected by this disease. And that includes those loved ones who are hoping to gain a little insight into the mechanics of the disease and recovery. New publication as of 3/31/20 Kaleidoscope a poetry book of random meanderings intended to touch the heart tickle, tickle the funny-bone, awake the imagination, and in some cases, give pain a voice. Published under Dallas Hembra. Available for order now at Amazon, Books a Million, Barnes and Noble, and Written Dreams Publishing. I can be contacted on Facebook at authordallash; Twitter at Dallash01; Bookbub at DALLASHAUTHOR View all posts by authordallash

This site uses Akismet to reduce spam. Learn how your comment data is processed.