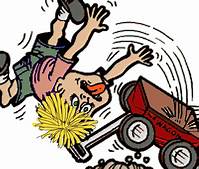 On ballerina slippers, temptation sneaks up from behind. Dressed in our disease, she does a silent soft-shoe, enticing us to turn around: to wallow in past mistakes, to bury ourselves in regret, to pull her out of the rearview mirror sheathed in the glamor of alcohol’s good times.

As temptation turns on her charm, she reaches into her bag of tricks and pulls out euphoric images of that first high.  The one we could never recapture, no matter how hard we tried. Feeling little resistance, perhaps because we have become lax in practicing our program, she continues to entice us.  Revving up her engine, target in sight, she takes dead aim at our vulnerabilities.  If we start to feel edgy, she gives us a nudge, reminding us of that momentary relief that a shot of Jack Daniels gave us. Engaging our ego, she replays those feelings of superiority, lust, and pseudo-independence that were as fleeting as they were fallacious.

And before we know it, that I don’t give a shit attitude emerges and we have played right into the hands of our disease.  Tottering on the edge, her claws digging into our fragile armor, our shield crumbling, we are faced with a choice:  A life of sobriety or the hell of addiction.

Below are just a handful of relapse warning signs:

If you are experiencing any of the above, consider using these tools to get you turned around.

Although relapse does occur, it is not a prerequisite in attaining and maintaining sobriety. 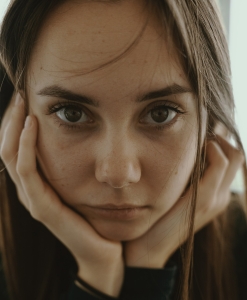 Anger and resentments aren’t the only deadly triggers for alcoholics and addicts.  One of the others that comes to mind, thanks to this Pandemic, is plain, old fashioned boredom.

I have always found it particularly problematic because it sneaks up on us when nothing else of major significance seems to be going wrong in our lives.  Unlike a real or imagined crisis that sends us into panic mode, boredom doesn’t drive us into that escape lane where the only relief waiting at the finish line is calamity dressed in our drug of choice.

No, boredom whispers a malleable hint of discontent into our sobriety.  It isn’t something we can easily identify like anger or depression.  It becomes one of those phenomena that is so vague you can’t quite put your finger on it.  And that is what makes it so dangerous.  If we can’t name it, how can we combat it?

In early sobriety, there were times when boredom seemed to literally smother me.  I would become so discombobulated that I would grab my car keys, head out the door, and have no idea where I was headed.  Often, I simply drove around the block. But most of the time, I intuitively ended up at a meeting.  That had to be God doing for me what I couldn’t do for myself.  When I was bored, I was on a slippery slope and didn’t even recognize it.

So, right now, the coronavirus is placing us all in that hazard zone.  And who knows for how long it is going to last?  Now is the time for us to familiarize ourselves with the feelings of boredom.  Recognize the symptoms.  And determine how it manifests in each of us individually.  This is a period of self- introspection.  We must take this opportunity to name it, claim it, and find ways to combat it.

Now, is when we can take the initiative and look for innovative ways to spend time with our families.  After all, we are going to be stuck with each other for a while.  Get out the cards and board games.  Give the kids an extra hour or two on their Xbox.  Sort through the cookie recipes and turn the kitchen over to our future chefs and homemakers.  Never have enough time to organize those old photo albums.  Here’s your chance.  The kids will love it.

Hey Mom, is that really you and Dad?  You’re bound to get a giggle or a belly laugh.

And, if you have no kids in the house or live alone:  How about those outdated magazines you never got around to reading, or some of those great books collecting dust on the shelves?  If you haven’t experienced binging, give it a shot, a relatively safe addiction, unless, of course, you are binging on the current news.

The aforementioned are just a few ways we can suit up.  If you have a few unique ideas of your own, how about sharing them via messenger with your friends, or posting them on Facebook?  Let’s boot boredom in the ass before it kicks ours.

In 1984 when Hank William’s song Attitude adjustment was gaining ground, my son Rick, with his son Justin in hand, translated its value in a quick trip to the restroom of Perkins Family restaurant. And guess what?  Justin ended up wearing its lesson for the rest of that day.

It was a rare family visit. At the time they lived in Utah, which is more than a hop, skip, and a jump from Wheeling WV.  Justin was the first grandchild, and of course, Grandma thought he was simply the cutest, smartest, and most loveable little kid in the universe.

I had spent the two days since they arrived lavishing Justin with my undivided attention, waning energy, and bright ideas of how to ensure that he was having the best time of his life.  I did everything but stand on my head and walk a tight rope to keep the circus going.

So, when Rick suggested we go out for breakfast that Sunday morning, I was all in.

Perkins was packed with Churchgoers and there was a fifteen-minute wait.   Rick gave me a should we stay look and I nodded yes, figuring it would be the same no matter where we went.  We took a seat in the alcove.  As soon as I lifted Justin up on my lap he began squirming and whining.  When he began tugging at his father’s coat sleeve, Rick picked him up and patiently whispered something in his ear.  Seconds later all hell broke loose. Justin wriggled out of his grasp and took off screaming down the center of the restaurant.  He collided with a server and damn near caused an elderly couple to wear, instead of ingesting, their breakfast.

Shocked, I watched in awe as my little angel transmuted into a bratty monster.  Rick took off after him and swooped him up before he did any real damage.  Onlookers, wearing a variety of expressions were sizing up the situation and forming their opinions about the lack of parental discipline.

Instead of joining me on the bench, Rick brushed by and calmly announced they were heading for an Attitude Adjustment, then disappeared around the corner and into the restroom.

I have no idea what transpired in those next three minutes, but whatever it was, I am guessing someone’s bottom could tell the story.

Years later when I was introduced to a twelve-step program and became reacquainted with the phrase attitude adjustment, I was reminded of that incident in 1984 and understood its significance.

But how to achieve, and when do I need, an attitude adjustment can still be a real dilemma.

When I checked Merriman-Websters definition I found this:

A mental position with regard to a fact or state.

A feeling or emotion toward a fact or state.

Okay.  Is it helpful or destructive?  Is it negative or positive?  How does it affect me or you?

These aren’t easy questions since my emotions are usually enmeshed with my belief system, which isn’t always authentic.  Many of my opinions and beliefs are derivatives of parental and society’s influence and often override my sense of right and wrong.  Often, they are knee-jerk responses.  So, once I have wrestled with and untangled these elements, and am able to determine that an attitude adjustment is in order, how do I change it?

The miracle of twelve-step programs is that they give us little morsels of wisdom that leads us much like Hansel and Gretel to solutions that used to baffle us.   The avenues open to us are countless.  Attitude adjustments can be found buried in any one of the twelve steps.  Sponsors, who can be found either in person or by simply punching in a number on the keypad of our cell, can guide us.  And many of us have developed our own small library of daily meditation books that literally spell it out for us.  Finally, when all else fails, we each have a Higher Power who is always just a prayer away.

While others are likely to profit from my changed attitude on occasion, the primary beneficiary is always me.  And today, someone tells me I need an attitude adjustment, I usually succumb to their recommendation.

What exactly is it?   The Oxford dictionary’s definition is smug and self-satisfying. The thesaurus suggests a sense of satisfaction or contentment.  Both painfully accurate and potentially detrimental if applied to one’s recovery program.

The synonyms, two seemingly harmless, perhaps relished states of being sound desirable if we are emerging from a background of chaos and addiction. Complacency can evolve into a menacing cancer that eats away, one bite at a time, at all those good, hard-earned habits that took us so long to accumulate.

But, you ask.  Isn’t peace and serenity our goal in recovery?  And what better way to achieve it than to feel content.  Think about that for a minute.  Let’s take a baby for example.  Once he is comfortable in a fresh clean diaper, and his little tummy is full, and Mommy or Daddy has gently rocked him, what does the baby do?  Hopefully, he goes to sleep, right?  And what happens while he is sleeping?  Nothing.  No progression, no learning, no animation.  The same is true of our recovery program.  We stop growing.

Complacency crawls up our incentive much like a spider inching its way up the inside seam of our jeans.  We are not aware of it happening until it injects its venom and it’s too late.

We have all heard horror stories in the rooms of folks who have gone back out.  Complacency is the number one culprit.  It begins with cutting back on our meetings.  The excuses are as varied and contrived as the alcoholic brain can manufacture.  I’m too tired, it’s too cold, it’s too hot, so and so will be at that meeting, I’ve already gone to two meetings this week.  Pick one.  Better yet, throw in a couple originals.

None of these excuses ever stopped me from heading to the bar or liquor store.

The meditation books begin to collect dust on the nightstand or on the bathroom shelf.  No time, too tired, or I forgot again.  Same thing with our sponsors.  Sure, they are too busy or don’t want to be bothered.  But we will call them if we have a real problem, right.

These are just some of the danger signs that tell us we might be the next addict or alcoholic to slip on the smooth icy path of complacency.  Complacency is the real problem.

wrapped in the womb

Can I hang on to this moment;

Is this the sought after

gift of my yearning;

where chaos refuses to be birthed

Then tuck me in,

deliver me the serenity

of this gifted moment.